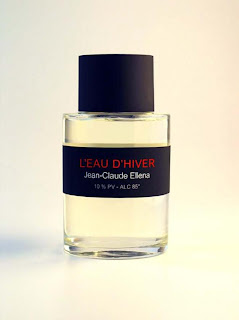 When I first tested the Frederic Malle Editions De Parfums line L'Eau D'Hiver by Jean- Claude Ellena was the scent that most resonated with me. I tried it on a crisp, early summer's day rather than during the winter it's named for.

I am sure my fondness for it comes in not small part from the fact that Elena used Apres L'Ondee as an inspiration or starting point for the scent. As I have said before Apres L'Ondee is one of my favourite scents and one of the scents that started me on a journey from not just enjoying scent but really appreciating the artistry of the perfumer.

It is perhaps because I first tried it in the summer but I actually think this smells a little bit of a whisper of sunshine- and perhaps a whisper of hope. Then I suppose winter can be sunny and Apres L'Ondee suggests light coming through after the rain.

Revisiting this in the winter I felt some of the same things I had originally; that is a very delicate but emotive scent. I can smell the almond and helitrope from Apres L'Ondee but they are worked totally differently, covered in a layer of water, or perhaps mist. In the dry down I detect iris and a bread like note. I don't find the scent cold but it suggests a coolness has come before it, rather a bit like warm tears on a cold face, or perhaps condensation on a window- which is less over the top!

It's quite a skin scent, perhaps only appreciated by the wearer or someone very close to them. It brings to mind being wrapped up in your warmest most luxurious coat and scarf, or pyjama's, trying to keep the elements out.

On reflection I decided L'Eau D'Hiver was the perfect scent for the character of Eowyn in the Lord of the Rings. 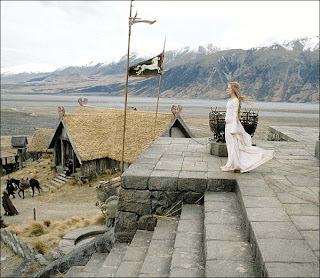 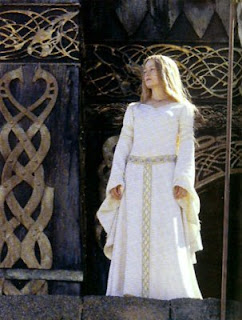 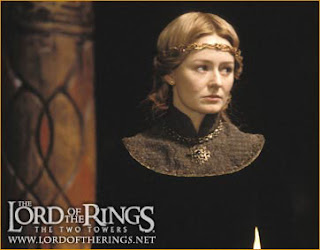 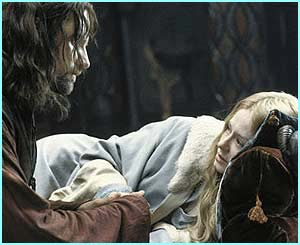 Eowyn at Edoras: http://tolkienilu.chez-alice.fr/film/ttt/Eowyn-Edoras-big.jpg
Posted by Rose at 11:52

Labels: film, Perfume reviews, What scent perfume do they wear?

Great review of a scent I've been dying to try ever since I heard it had the Apres L'Ondee connection. Thanks so much. It is indeed winter and sunny here in Texas, and I love being able to finally wear my winter scents again!

I've just received a sample of L'Eau d'Hiver as an extra in a split. Now I am keen to sniff.

I luv your blog. I come on every morning to read the Ballad of the Londoner. It feeds my homesickness, and is my new morning "prayer". I'm an American but spent much of the last 2 decades in London and left part of my soul there.

I love the winter picture at the top of your post- what a wonderland!

What a beautiful post, so evocative. I know next to nothing about perfumery, so I am really enjoying these descriptions. I especially like matching the scent with a character as it helps me build up a complete picture of the perfume. I can see the scent you describe matching Eowyn - now I just want to smell it! And buy it, heehee... :)

She was my favorite character in the trilogy - she had a cold, brave kind of purity. L'eau D'Hiver definitely fits her!

You have a wonderful way of bringing scents alive Rose - fabulous post. Thank you for your lovely comments on French Essence. xv

What a pretty connection with Eowyn and L'eau d'Hiver, I will admit I am bit anosmic to this scent, but then again the sample I had was dab sample versus spray.

Hi Aimee,
Definitely try it. It's not as wonderful as Apres L'Ondee to me but really what is?!
Yes I love the change in seasons making us able to break out different scents- when I haven't worn something for six months it's almost like i'm finding it as a new scent again.

Hi Kathleen, what a lovey comment, thank you. I am very glad the ballad of the londoner is feeding your London homesickness.

I hope you like L'Eau D'Hiver, it would be interesting to hear how you find it.

Hi Daily, the picture is from Dr Zhivago but I can't remember where I found it- I had it copied onto my computer from ages ago.

Hi Jayne, thank you very much.
Yes I am always curious about scents and characters and enjoy assigning them- I always liked Eowyn.
You can try L'Eau D'Hiver at Liberty or Les Senteurs if you get away from the applications of doom!

Hi Mary,
Thanks for visiting. Yes she's one of my favourite characters too, Tolkien wrote her beautifully.

Hi Vicki, thank you, that's so kind. I really enjoy French essense, although it's making me long for a French holiday!

Hi Jena, yes I was thinking about the scent and she just came to my mind.

I find I prefer scents from atomisers and that they have must better sillage.

Lovely review of a beautiful scent. Apree l'Ondee and I haven't clicked yet - the heliotrope I think but for some reason it doesn't bother me in L'Eau d'Hiver. Eowyn was the best female part in LotR. I loved her at the end when she avenges her father's death by wiping out a Nazgul reminding that horrible creature that she is a woman not a man and so can kill it (shades of Macduff at the end of Macbeth). donanicola

Hi Donanicola, I think L'Eau D'Hiver is softer than Apres L'Ondee.
Yes I agree Eowyn is the best female part and a very interesting female part in general. I don't think it's fair to call Tolkien sexist as some do, he may not have given us many characters but Eowyn is very well drawn and one of the most interesting characters of all I think.

Yes there are clear paralells with Macbeth I agree. I like that layering of myths and old stories in the Lord of the Rings.

It's a lovely scent, isn't it and I very much enjoyed your wonderful review of it. There is a sense of silent luminosity in this, a fluffy cozy feeling that suggests welcome warmth.

Hi E, It is! Thank you very much, I really admire your reviews so I'm chuffed you enjoyed this one.

I love the phrases silent luminosity and welcome warmth- you're very right about both.