I dream of jewellery: Lizzie Fortunato 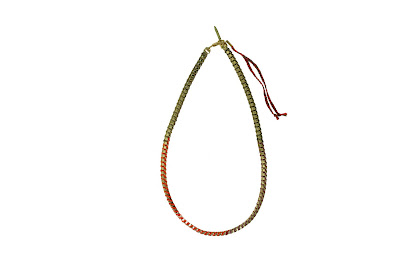 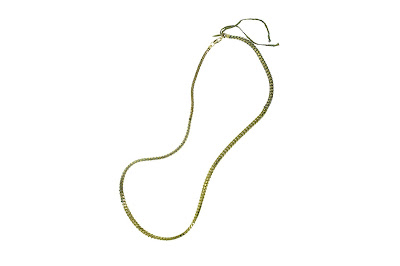 Pictured: Lizzie Fortunato jewellery from Kabiri- I found these necklaces staring into their Covent Garden window sheltering from the rain- they were like little rainbows in my cold wet day. (Pictures courtesy of Kabiri).
Posted by Rose at 11:55 5 comments: 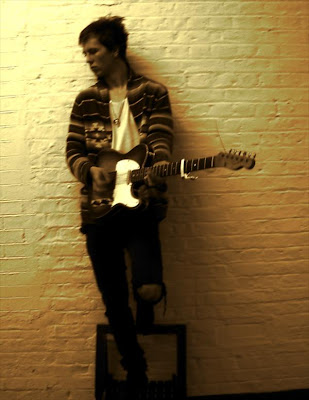 If you want some new music with a touching but not sentimental melody and interesting lyrics that are mood enhancing, without being overly sickly or only looking at the bright side of life, my recommendation would be Alan Pownall. On top of his music being at once timeless and very now he has a really distinctive voice- and yes there is an edge of a David Bowie sound in that voice sometimes- so perhaps the girl who told him he was like David Bowie was onto something.

Alan has been a one to watch for a while now and has been highlighted by The Times and Radio 1 amongst others but if you haven't come across his songs yet do give them a try on his myspace where you can download a couple for free at the moment.

He has also recently started getting out on the road with a band. If you have seen Alan playing acoustically, quietly, but beautifully standing almost completely still, you are very lucky- but seeing him with the full band at the Hoxton bar and kitchen a couple of weeks ago was fantastic too and felt like someone starting on a new journey, which made me smile. I think there is a lot more to come in much bigger halls so if you can catch him somewhere small now do.

Picture courtesy of the NME.
Posted by Rose at 22:59 3 comments:

I discovered the happy news that there were going to be new paperback editions of some of Nancy Mitford's best loved titles via Mrs Trefusis' Twitter feed- and have just been reminded about the books by India Knight's twitter feed.

I am a devoted admirer of Nancy Mitford's work and hold the first three books, especially The Pursuit of Love, very close to my heart. They have been great friends to me over the years and I look forward to reading the new introductions. I'm particularly excited about Wigs on the Green being re- issued because I have never read it- I have picked up the other more obscure war period Mitford Pigeon Pie at a second hand book shop and I devoured it, though I haven't re- read it in the way I have the others. 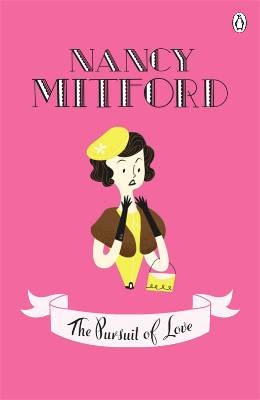 The Pursuit of Love with an introduction by Zoe Heller 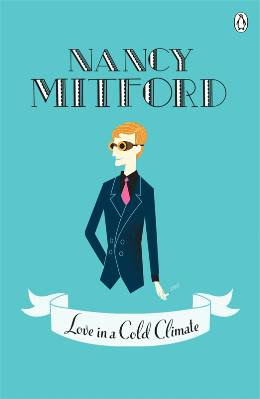 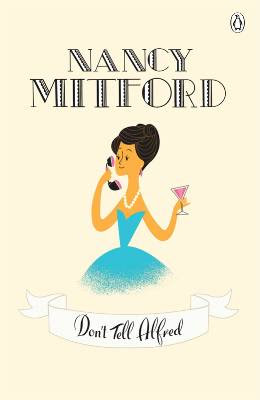 Don't tell Alfred with an introduction by Sophie Dahl 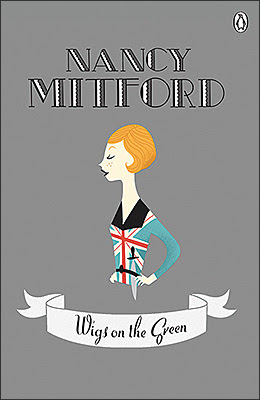 Wigs on the Green

These new paperback editions are being released on the 4th of March 2010 according to Nancy Mitford's publisher Penguin books. You can sign up via the links above to be notified by Penguin as soon as they are available for pre- order.
Posted by Rose at 14:25 18 comments:

What fragrance do they wear: George Falconer 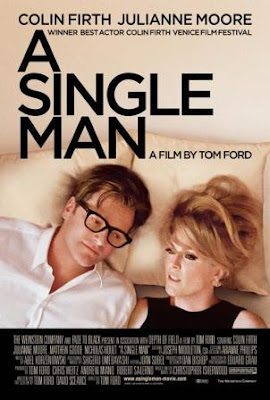 I liked A Single Man very much and I don’t agree with some of the views I have read and heard saying that aspects of the production design and cinematography distract from the storyline- they don’t distract from say Dr Zhivago, Goodnight and Good luck or Mad Men. I think it’s a film you need to see more than once to truly understand your reaction too though because there is a lot to take in visually that isn’t always to do with the narrative- but I enjoy that.

What I am certain about is how very much I loved Colin Firth’s performance as George Falconer and how much I admire both Firth and Tom Ford for having the nerve to put such an unshowy and real performance on the screen. I genuinely hope Colin Firth gets everything he deserves for this performance which perhaps surprised some, though not I imagine anyone who has followed his career away from the Darcy parts. I suspect he would meet awards victory and defeat both the same, with charm and humility.

It might seem shallow to think about what fragrance the character of George Falconer would wear when the film deals with some heavy topics but for me choice of scent offers a window into people- into how they want to be perceived certainly, or just what they enjoy, even into their subconscious perhaps. I haven’t read the book, though I think now I will, but I understand the story and character are somewhat different from the film. The film is set in 1962 so I think we ought really to confine George to scents from then- otherwise I think one of Tom Ford’s own fragrances would likely be very appropriate.

I heard Ford on Radio 4 (of course, my daily travelling friend) saying that he had decided Falconer, being an Englishman who probably had a family allowance, would wear Saville Row tailored suits, even though he lived in America. I wonder on that basis if perhaps he wouldn’t also wear a very typically English scent? Certainly something like Blenheim bouquet would work, it’s a great mixture of freshness with a more sultry masculine undertone and is the scent equivalent of a well cut suit; or something from Floris would remind him of home, perhaps Ian Flemings own choice of Number 89? Or maybe for suits he goes to London but for scent he goes to Paris and wears a divine Guerlain- maybe Mouchoir de Monsieur? His house is very modern and he obviously loves his life in America so perhaps he isn’t that traditional after all and perhaps he wears anAmerican fragrance- but I can’t think of any made pre 1962- which is probably my ignorance!

What do you think?

A Single Man poster image from Everyman cinemas.
Posted by Rose at 14:07 9 comments:

Labels: film, Perfume, What scent perfume do they wear? 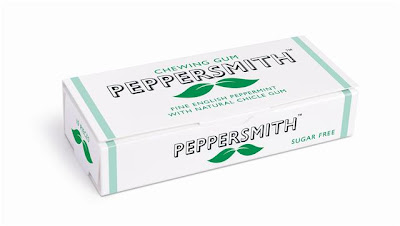 Over the weekend I took delivery of a lovely parcel of the new British chewing gum Peppersmith.

This is the gum it’s cool to chew for several reasons. Firstly let’s be honest the gorgeous retro packaging makes it covetable on its own.

There is also, perhaps more importantly really, the fact their gum is made of a natural gum material called chicle which apparently is how gum used to be made until the
1960s when companies realised they could make more money selling us horrible synthetics. You can read more about this on their website here.

I like their attitude to waste- the pack comes with little papers for you to throw your gum away with- I think the novelty and the cuteness would encourage even the most naughty litter dropper not to drop gum that ruins everyone’s shoes and clothes.

Finally the gum tastes really good. It’s fresh and light which is probably because it's natural- it freshens your breath and quickens your step without taking your head off which is not something I want in a gum personally. The gum is also really chewable. You know with normal gum you chew until the flavor goes and then if you carry on chewing the gum becomes much harder and eventually you end up grinding your teeth together because it’s so hard? Well this honestly doesn’t happen to me with Peppersmith.

So far they are just making a peppermint flavor but there are plans for spearmint and my all time favourite chewing gum flavor cinnamon- which is a hitherto sadly neglected flavor in the UK market which I hope this will rectify and capitalise on.

Peppersmith is available to buy in these ways. I ordered it online and it arrives very nicely packed up with some badges and even a hand written note, which is a classy touch don’t you think?
Posted by Rose at 10:27 6 comments:

A battle more akin to those of the ancient world rages in our office for supreme control of the airwaves.

In one corner, literally, we have the station I’m fairly sure was the inspiration for Sad FM for the over thirties in Bridget Jones Diary. It plays the same twenty songs all day, every day. Occasionally a new song is introduced, say once every six months, but generally it is and has been the same twenty songs for most of this decade (*ooh edit and the last decade). Those songs were probably very enjoyable once. In fact I think they might even have been songs I enjoyed as guilty pleasures once- before being subjected to the musical equivalent of water boarding every day.

In the other corner, literally, we usually have quite a good radio station, though like all stations it does over play and then ruin songs you loved when they came out- but not on the level of Sad FM. Let’s call station two try hard FM.

Were I working alone I would have Radio 4 on but I accept that would have to be on very loudly in an office and might be distracting- plus music in theory should cheer people up and get the momentum going. So if we can’t have Radio 4 I favour a roaming music policy whereby we rotate between several stations every few weeks- accepting that all of those stations will play Snow Patrol’s chasing cars at least twice a day because all radio stations do- I think Kiss FM might even have a dance remix of it. However whenever I suggest the roaming policy, the musical equivalent of varying which newspaper you buy, everyone initially agrees and then we carry on as before listening to the same two with me rocking in my chair with a vacant but crazy look in my eyes.

I have over time developed the ability to drown out Sad FM and Try Hard FM when they are at their worst- in sad’s case playing a jingle about having the most music variety in London while playing the same song twice in a row (which has happened several times- hello Girl’s Aloud the promise) and in Try Hard’s the DJ just talking nonsense and laughing at himself for an entire fifteen minutes (with me shouting play a song every few minutes).

So yes in short I can sort of ignore them mostly. What I can’t ignore is both at the same time clashing with each other. Neither keeper of the radios can hear the other controllers stereo but those in the middle of them can hear both. Now at times this does lead to almost genius, 2manydjs- esque, mash ups between Dolly Parton and the chemical brothers say or Dirty Dancing and smells like teen spirit. Most of the time though you can just hear a wall of horrible noise with the occasional ‘the most music variety’ jingle or that awful ‘we buy any car’ advert that should be banned for crimes against ears.

So that’s the situation. Not a real problem of course, a first world problem. Still perhaps I will become a world conquering mix DJ- currently we are enjoying Take on Me twinned with bittersweet symphony- oh and there’s a bus alarm going off too- some people might pay to listen to all this.
Posted by Rose at 09:47 12 comments: