Love and the kind of woman I don't want to be

I took a train north this week and was sat with an older couple (I much prefer to sit alone of course and work/ feed the social media habit I heard myself denying recently, madly as I do clearly love social media- well mostly, except all the endless cats and Kardashians).
Older couples in love are one of my absolute favourite things, but older couples like this one are not. I'm afraid there is a certain kind of woman that reminds me of everything I don't want to be in a relationship- in fact this type of lady makes me really quite troubled.
As I said the couple in question were at least 70 but I have witnessed this strange behaviour in women my own age in relationships where they feel they I think can get away with it- or worse where they think they're both happy.
In this case of the 11.20 from Euston the husband had to endure being asked if he needed the toilet and told it was his snack time (he appeared to be completely sharp and read the Guardian from cover to cover so I don't think we can say this was for medical reasons). Some women just start talking to men in a really bossy, motherly over bearing way that I literally fear. I fear it because surely once toilet checks and snack time are in sex and romance must be out, but also to be less flippant how can you speak that way to someone who is the piece of Lego that fits with your piece? how do you spend so long looking and then end up making these conversations the way you spend your life with your spouse.
I have also sat in Byron (other burger restaurants are available) quite recently and heard a 30 ish year old chap be told what he should eat. Really. He was told he should have a burger with salad not bun and that he'd like to share chips (clearly the courgette fries are the thing to have there but anyway). To be honest he looked like he could eat a bun and still fit in his jeans but the point isn't about waistline, it's about dignity.
You could argue that the men in these scenarios could just leave or tell these women where to go with snack time or bunless burgers but they obviously don't. Why?
I just wonder where these relationships go wrong and it makes me as sad as the 80 year olds holding hands on benches make me feel happy- which is to say very.
Posted by Rose at 23:15 4 comments: 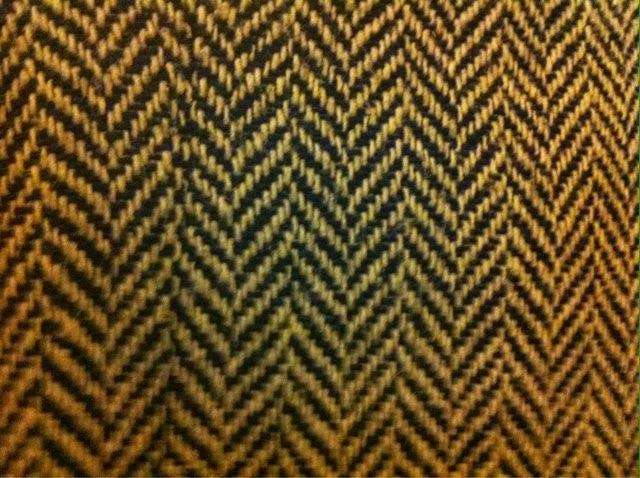 This is a picture of my utterly faithful herringbone coat. It is hanging behind my bedroom door but when I finish writing this piece it will be going into a bag of garments for the clothes bank- and I feel a sense of betrayal to it, though I know it's just a coat.
I've enjoyed wearing most of the clothes in the bag (of course we all make the odd strange purchase, like the floral t shirt I could never quite bring myself to wear that I hope will have a better life with a new owner). But for the most part I think when you put a dress that's seen some good times out dancing or a skirt you wore to work a few too many times out to pasture you feel a touch wistful but you know it's time to say goodbye (do men get this too? Do you think about the t shirt you wore when you kissed a beautiful girl before you put it aside?).
The herringbone's time in truth came at least a year ago but it's ridiculously warm and so I found myself reaching for it in the depths of January, though I knew it was time for something new.
Poor herringbone has never really been beloved of my west London (in this case I mean west of about the Bethnal Green Road) friends and colleagues. Out East it's cool, tweed and pattern is favored and herringbone is I'm afraid so old and has seen so many gig floors, rubbed against so many tube doors and held so many newspapers under its arm that it looks vintage- not refurbed vintage, like I borrowed it from a great Aunt vintage.
Since I've moved west herringbone has had a cooler reception shall we say, and even in soho where anything goes my boss did remark that my coat was very long serving!
People used to save up for clothes and cherish them, lovingly polish shoes or admire a dress for weeks before saving enough to buy it. We don't have that relationship with what we wear anymore I don't think, as women- I think men do more actually and I'm not sure why but I like it, I don't care if I've seen a man in a shirt before if he looks good in it.
So it's time to say goodbye. Goodbye to the perfect sized pockets that hold an i phone and an Oyster card, goodbye warm tweed, goodbye lapels that held a poppy pin without the constant stabbing into my flesh that happens with my Mac, goodbye being able to just throw your coat under a bench at a bar or concert or frankly anywhere and knowing that it'd be there later, patiently waiting- not dirty because it showed no marks and always warm and cosy and comforting, even when the night wasn't.
Posted by Rose at 21:00 4 comments: