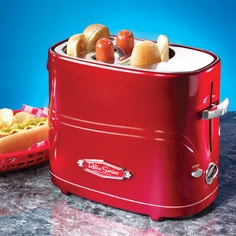 Hotdogs are a thing aren't they? Suddenly popping up (ha ha) everywhere- from the obvious places like independent cinemas (why haven't they always served hotdogs? they are traditional, far less noisy or stinky than most cinema snacks and easy to eat in the dark) to the not so expected- the much lauded Hawksmoor for example.

I have always been a hotdog fan. Perhaps it's having a Mother who spent her formative times nearer to New York than London but they were a treat weekend lunch meal (though we never had onions and I still prefer not to have them personally).

I'm also a big fan of the German style wurst and sauerkraut, in or out of a bun- German food isn't very fashionable, though I'm sure the day will come, but I really like it (though they do need to raise their game vegetables wise- cabbage is not an entire food group).

I've tried to go to bubbledogs on about 3 occasions but the wait, in the queue outside, is always at least an hour. Hotdogs really must be a thing if Londoners, not so used to a queue culture as New Yorkers, are prepared to wait outside- in London weather- for London's finest sausages in buns (or baps for the Welsh).

For German style wurst I recommend Fulham's Octoberfest. Or you can go the German deli at Borough market, buy your own and get going, very quick and yummy!

Picture from my products I love Pinterest board- though I do not know where it was first pinned from. Pretty cool though!