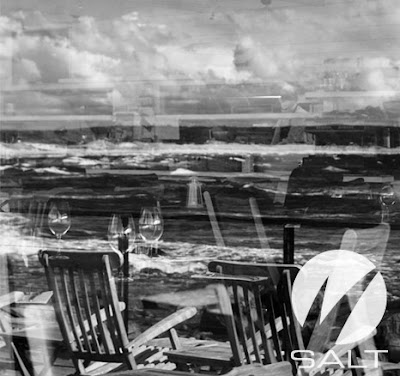 I've just returned from Sweden and it's everything it should be, the land of clean beaches, long walks, brilliant design and pint glasses full of... prawns- a place where equality and eccentricity manage to enhance each other.

We were very much on the go from touching down onwards and frankly I mostly just slept on the plane journeys but I did want to quickly mention Scanorama which is the in flight magazine for the Swedish airline SAS because it's one of the best travel magazines I've read in quite some time.

Of course the seven page article about Grasse in the south of France (the home of perfume) could have been written for me but there were also interesting and extremely well written features on Manchester and Brooklyn. I find travel magazines can be even harder than fashion ones to read without thinking the entire copy has been written by a PR but I genuinely felt that the writers of these articles wanted to give an impression of the place- and yes they recommended places to stay, eat and see but I actually felt they meant it and they gave me reasons why.

You can read Scanorama online here; the issue I'm referring to was for May 2011.

Picture from Salt Restaurant, more of which soon...
Posted by Rose at 10:31 5 comments: 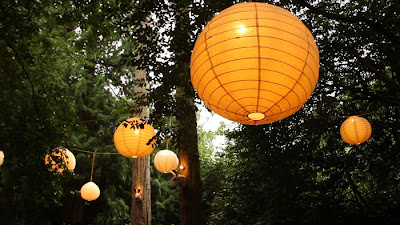 I love music festivals but I do not I'm afraid *whispers* like camping very much. It's basically a toilet/ shower/ getting changed while crouching issue. Also living out of a rucksack, never being able to find anything, everything starting to smell either of festival or of hand sanitizer (which is obviously a wonderful invention) issue. I do see the sleeping outside, fresh healthiness of it all (though actually I got a cold after my last festival last year) but for all the lung fulls of sometimes very fresh air there are the hard bits of ground in your back, getting soaked and waking up feeling like you are in the Wizard of Oz in the middle of the night and your house is about to take flight parts.

So generally I find staying up as much as possible is the best solution- and I must say having a camper van did seriously, seriously soften the blow (though you do feel a bit shame faced walking through the tent section at a rainy festival).

However I do like to do things properly and I'm getting very excited about music festivals this summer so in the spirit of getting in the spirit here are some camping essentials and my list of the festivals I think look best this year.

Firstly End of the Road festival in Dorset is astonishingly good this year. It would be on my list without even knowing the bands playing for many reasons, the tipi tent, the cider bus, the light up dance floor in the forest, the woodland library that lets you borrow books for a year (I'm taking one back this year) and so on. it's also a short train ride and pretty ride through glorious countryside on a coach and you are there. This year you can also see Midlake, Laura Marling, Joanna Newsom, John Grant, the Unthanks, The Leisure Society, Caitlin Rose, Willy Mason and more- and you will no doubt find loads of new acts to love because it's that kind of festival. Go for Thursday too because last year there were secret sets by Willy Mason and Darren Hayman and why would you want to miss those things? 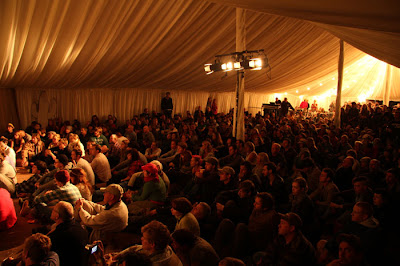 In a similar vein but in the hills and mountains of Wales is the glorious Green Man festival. Green Man is worth going to for the Chai Wallah tent alone. You could happily spend the entire festival there drinking chai and dancing to the kind of music that makes you want to keep going even though your feet hurt like they've never hurt before. Also recommended for a great cinema tent where I enjoyed Ponyo last year with marmite toast and tea in my pyjamas. The lava bread burgers by the Green Man pub stage are also worth going for alone.

Also in Wales and much earlier is the Hay Festival of Literature and the Arts which I have obsessively wanted to go to for years and have still not been to. I don't think this one involves camping but it's not the reason I want to go so much, it just sounds like heaven for people who love books and the arts. I will be in Sweden (ash cloud permitting) but if you are going I am very jealous and would love to hear all about it. 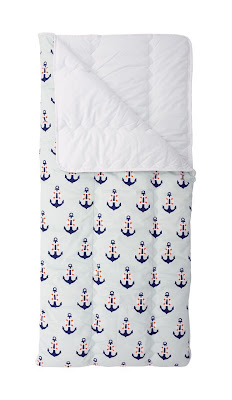 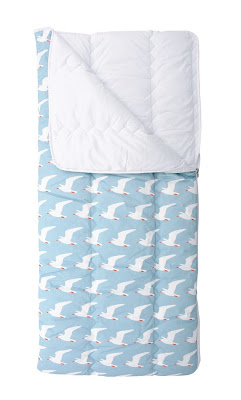 If you are doing the festival sleep over thing then I love these Seagulls and Anchor sleeping bags (found via Cup of Jo). I can't vouch for how warm they'll keep you and stuff but they look pretty. (I am also told an air bed improves camping considerably but I've never fancied taking one on a train).

If you are a reluctant camper like me but would like to try harder, or an enthusiast who wants to find interesting places to peg your tent then the cool camping website and books seem like a very good place to start.

(the pictures above are from the End of the Road festival website).
Posted by Rose at 15:05 3 comments:

Book Review and Competition: To the River by Olivia Laing 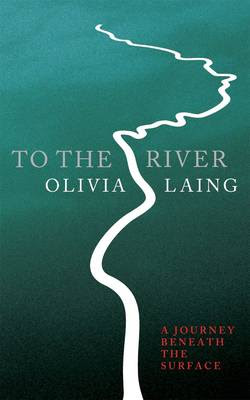 I have long admired Olivia Laing's writing, at a time when I was rediscovering the solace of books and words it was some of her work that resonated most. So I was genuinely excited to hear that she had written a book and that it was to be non- fiction.

To the River is Laing's account of her journey from the source to the end of River Ouse in Sussex. One Spring she decided to pack her bag and walk the miles of the river's banks. The journey and Laing's emotions along the way are described in almost forensic detail. She is a writer who isn't afraid of exposing herself completely for better or worse, her every dark thought or moment of doubt is available to the reader. She doesn't dress her writing for posterity and she includes the ugliness of a discarded McDonald's in a field, or a half heard car park conversation, giving them as much importance in her journey as the beautiful hedgerows and waters she passes by.

The Ouse is perhaps most famously the water that Virginia Woolf drowned herself in and Laing uses Woolf's story to introduce the theme of the relationship between writers and rivers which she then expands on; she is of course writing in the very tradition she is studying which gives the book an extra aspect, an awareness of itself I suppose. The author is also a trained medical herbalist and her seemingly extensive knowledge of plants and nature works alongside the lyrical side of her writing to ground it and give it the depth that a scientific eye can give to artistic work.

In short this book is part diary, part literary criticism, part nature walk, part gritty modern tale, part ecological warning, part history book. Altogether I found it sublime, it's a charming and enjoyable to read, though weighty and at times profoundly sad also. Laing is so lucky to be able to write virtually anything and everything she wants to and to be able to tie themes together as if they were born to sit side by side. To the River is the best thing I've read this year and I know it is a book I will read again and again.

More eloquent or esteemed writers than I have reviewed To the River here and here.

I have three copies of this really wonderful book to give away in a competition. To enter the drawer please leave a comment below or tweet me @arosebtt. I will leave the competition open until the 4th of June. Good luck!

You can listen to an interview with Olivia (and a really fascinating tour of Virginia and Leonard Woolf's house in Sussex on Woman's Hour here.

PS you can order a copy of the book here if you can't wait for the competition.
Posted by Rose at 22:33 16 comments: