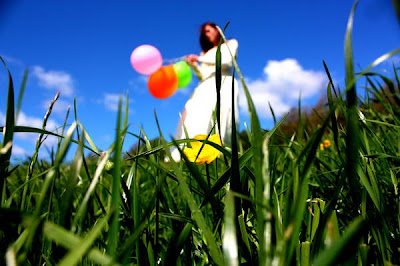 I first saw Rachel Sermanni play at Communion at the Notting Hill Arts Club in the very earliest days of January 2010. I immediately loved her voice and her songs, which are delicate but strong, very personal and touching.

Rachel features on the Communion compilation album which has rightly received rave reviews since its release at the beginning of March. It is brings together twenty- one artists from the Communion family and I can say honestly that every single track is a stand out. You can read more about Communion here and great reviews of the album on For Folk's sake and the Independent's website. 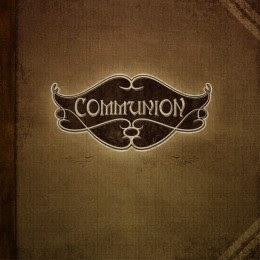 I asked Rachel if she would do a little interview for A Rose Beyond the Thames and she kindly agreed.

* Hi Rachel, firstly would you like to tell us about yourself?

Ok! Hello, my name’s Rachel Sermanni and I’m 18. I come from Carr-Bridge, a village in the highlands of Scotland. Recently I’ve also been living with my many kind accommodating family members and friends down in Glasgow as the music scene is a bit busier most of the time in the city. I have a very lovely family who, so far, have supported me in my decisions in the likes of not going to uni, living out the suitcase and stuff. I’m just getting into the beginning of my second ‘gap-year’. University is still an option, as it always will be, but for now I’m enjoying the school of life. I’m proud big sister to two bear-like siblings, brother and sister, whom I love very much :-)

* How did you start making and performing music?

I began writing when I wanted to productively use the chords I was learning on the guitar. So, there’d be a chord sequence I’d make up out of the usual D, A, E sequence or something like that and then I’d add words and therefore be able to practice. The excitement of writing did begin to overtake the want for practice, however, once I’d improved. It’s very therapeutic; so I continued, as you can see, to write and experiment with chords. I didn’t perform any of my songs until I was about 15 where I entered a little battle of the bands in our neighbouring village. My brother’s band had also just started up so I feel we have a connection…despite their band being heavy rock and mine being happy folk HA! There were numerous battle of the band type concerts that I entered around the area, it seems that this was the way forward to getting your name known locally.

* I like that you wrote 'song to a fox' (which is a personal favourite of mine) on a train down to London. Do you normally start a song with lyrics, or melody, or can it depend?

I sometimes come up with lyrics in my head but I find it hard to apply them to a chord sequence as it always feels a bit disjointed. The Fox song was different, slightly, as I was so aware and focused on what I was going to write about that there were probably a lot of phrases waiting to be put to melody but in most cases I sit down with the guitar and find a tune and don’t really have any idea on what I’ll write about until I think of a first line. First lines are difficult. My songs always have to have a personal connection, I couldn’t write about someone else’s experience I don’t think. But, anyway, usually the melody and the chords come first…

* You feature on the very wonderful Communion compilation album- was it hard picking one song (My Friend Fire) to put on there or did you know which one you wanted to use right away?

Well, My Friend Fire was the song I recorded down in London just a few months before the compilation release. During recording, we were not aware that it’d be put on the record but later on I was asked. It was my first, proper recording so yes it was quite an easy decision to make. I’m very grateful it managed to get onto the record and I hope that someday I record some more loud ones like that; it was a lot of fun.


* You list lots of your influences on your myspace but what new music are you listening to that you think more people should hear? Especially other Scottish artists that we might not have seen in London but should look up.

I’m very lucky in that my musical social circle over laps with the Scottish Traditional world also. Many of the girls that play with me are primarily traditional musicians and I started out playing whistle and fiddle before ever considering singing. For those out with that sort of circle, they may picture the cliché traditional music of accordion and snare drum on a lonely stage playing irksome ceilidh tunes. But it’s much more than that.

Before I speak of the musicians, I’d like to quickly mention that perhaps my favourite aspect of Scottish culture is Burn’s poetry. Robert Burns has written some of the most beautiful verse I have ever read. It’s all so sincere, romantic and very enjoyable to put to music. I’ve been lucky enough to sing a few of his songs, and they’re all very powerful.

Karine Polwart is a poet of this day and age and her songs are also really great. Her music merges with both contemporary and traditional. I’d recommend her album ‘Scribbled in Chalk’.

* I am a big perfume and fragrance fan and so are lots of the readers of this blog so- although this isn't a question you probably get asked much- what are your favourite smells? They don't have to be perfumes; mine for example are roses, old bookshops and toast

I love the air of the small Scottish islands: it smells very earthy and salty, and fresh; especially before storms. I like the smell of pizza and home-baking. I went through a phase where I liked that chocolate lynx stuff! And my favourite perfume is most definitely Coco Chanel. I got that for my 16th birthday.

* And finally what are you doing next?

I am getting ready to register as self-employed which I’m very excited about. I shall feel very independent and lady-like! There are some other business aspects to focus on which I really should get on with soon…I’m hoping to go on some more tours about Scotland like I did with Stornoway last week (they’re amazing). I have some festivals confirmed for the summer; Belladrum, Wickerman and The Insider. I’m going to play Communion in Dublin next month which I’m really excited about. Pretty much just going to try and get as many gigs as I possibly can this year and perhaps next.
Another very pressing matter is that of a few good recordings. I’m hoping to get some funding to create some quality home recordings soon. It’ll be very exciting when I finally achieve some recordings.

You can buy the Communion compilation album here and you can listen to all of Rachel's recorded songs and keep up to date with her tour dates on her Myspace here. She is also on twitter.
Posted by Rose at 09:04

I shall have to check her out - love discovering new music!

Hi SW- you really should, they are beautiful songs- and yes me too- I am always on a quest for new songs to love forever!

Lovely interview! I got a real sense of Rachel's music and will definitely check her songs out. Like the titles 'Song to a Fox' and 'My Friend Fire' - very evocative. And I love that smell of the world pausing before a storm... :)

Hi Jayne- thanks very much- I am sure you will like her songs very much. I agree about the smell of the world pausing before a storm- she has a way with words ;-)